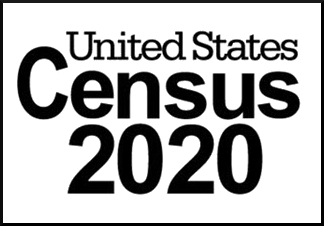 Note: By April of 2020 the federal government will have loosed upon the American people a flood of census forms and an army of census takers. The Census Bureau has embarked on an unprecedented propaganda campaign urging Americans to give up their personal information for the alleged “benefit” of their communities. The Census Bureau claims that we are all “required” to answer all questions put to us. (They wouldn’t lie to us now, would they?) But what exactly is the authority for the census, and just what is a “census” anyway?

Our federal Constitution authorizes the census for only two purposes: Article I, § 2, clause 3[1] and Amendment 14, § 2[2] provide that representatives shall be apportioned among the states according to their respective numbers. Article I, § 9, clause 4[3] provides that direct taxes are only to be laid in proportion to the census or enumeration. This is an exhaustive listing of all the Constitutional provisions that authorize the federal government to conduct the decentennial census.

As citizens, it is our obligation to cooperate in this enumeration process. But is it our obligation to provide answers to a form full of prying questions? This is an important point. In order to delve into this matter, it is important that we define our terminology. The crucial term here, of course, is "census." Just what is a census, and what does it entail? Because the meanings of words tend to change with time, if we are to determine the legislative intent of these Constitutional provisions the best dictionary to consult would be one published close to the time the Constitution was adopted. (It is a fundamental legal principle that the intent of the law-maker is the intent and force of the law.) For this reason we turn to Noah Webster’s American Dictionary of the English Language, 1828 edition. It defines the term census thusly:

Census, n. In the United States of America, an enumeration of the inhabitants of all the States, taken by order of the Congress, to furnish the rule of apportioning the representation among the States, and the numbers of representatives to which each State is entitled in the Congress. (emphasis added)

You will notice that the above-referenced Constitutional provisions, consistent with the definition of the word census as defined at the time, authorized the federal government to count the number of people within the districts. To implement these provisions, Congress passed several statutes found in Title 13 of the United States Code (USC) which includes § 5 (Questionnaires; number, form, and scope of inquiries); and § 141 (Population and other census information), which state in relevant part:

§ 5: The Secretary shall prepare questionnaires, and shall determine the inquiries, and the number, form, and subdivisions thereof, for the statistics, surveys, and censuses provided for in this title.

§ 141(a): The Secretary shall, in the year 1980 and every 10 years thereafter, take a decentennial census of population known as the “decennial census date,” in such form and content as he may determine, including the use of sampling procedures and special surveys. In connection with any such census, the Secretary is authorized to obtain such other census information as necessary.

The Secretary shall “determine the inquiries ... for the statistics, surveys...” and obtain “other census information as necessary.” Because the rule governing statutory construction requires that we do not construe a statute so strictly as to render it unconstitutional, this “other census information”is limited to how many people live in one’s home.[4]

Notwithstanding the foregoing, the Census Bureau gathers a “wide variety of information on social and economic characteristics of the population, such as household composition, ethnicity, and income...”[5] But gathering this information is beyond the legitimate scope of governmental authority, as it has been conferred by the Constitution.

Title 13 USC, § 221 Refusal or neglect to answer questions; false answers is the penalty statute for citizens that neglect their duty to be enumerated and states in relevant part:

§ 221.(a) Whoever, being over eighteen years of age, refuses or willfully neglects ... to answer, or to the best of his knowledge, any of the questions on any schedule submitted to him in connection with any census or survey provided for by subchapters I, II, IV, and V of chapter 5 of this title, applying to himself or to the family to which he belongs or is related ... shall be fined not more than $5000.

The fine, previously set at $100 for the 2000 Census, was raised significantly for 2010 in an apparent attempt to frighten and coerce the public into compliance.

However, applying the rule of statutory construction, if this statute is to be construed in a way to render it constitutional, then “any of the questions” that § 221 (a) refers to are only those that are necessary to enumerate you. You may only be lawfully fined if you refuse to disclose the number of persons residing in your household. This specifically does not include “a wide variety of information.” This is the law. The Bill of Rights, Amendment X, Reserved Power to States reads:

The powers not delegated to the United States by the Constitution, nor prohibited by it to the States, are reserved to the States respectively, or to the people.

This important Amendment should be read, understood, and memorized by all Americans. It was intended to confirm the understanding of the people at the time the Constitution was adopted, that powers not granted to the United States were reserved to the States or the people. (United States v. Sprague, U.S.N.J.1931282 U.S. 716; as well as U.S. v. Thibault, C.C.A.N.Y.1931, 47 F.2d 169).

If Congress does not act pursuant to one of the enumerated powers given to it by the Constitution, it is infringing upon those powers which are reserved to the States by the Tenth Amendment (U.S. v. Mussari, D.Ariz.1995, 894 F.Supp. 1360.)

Furthermore, any legislation beyond the limits of the powers delegated is an invasion of the rights reserved to the States or to the people, and is therefore null and void. (In re Pacific Ry.Commission, C.C.N.D.Cal.1887, 32 F. 241)

Having established that federal government may not legitimately expand their census inquries beyond enumerating the people in the districts, we shall now see how our courts have treated the issue. Note that the courts have never squarely addressed the matter of constitutional authority, at least not in any published case law that we have been able to find.

The courts have addressed many collateral issues, nonetheless. For instance, in Republic of Hawaii v. John D. Paris, a state appellate court determined that a census law did not authorize the Board to make a cenus of the wealth of the inhabitants. This was an 1897 decision.

Provision of this section making it offense for person over 18 to refuse or willfully neglect to answer any question on any schedule submitted to him in connection with any census was not rendered unconstitutionally vague and indefinite because of the need to refer to other sections in order to determine census required.

Besides addressing the matter of the void for vagueness doctrine, the Little court also addressed the issue of 4th Amendment violations: The fact that many personal questions might be asked in order to provide statistical reports on housing, labor, health, and welfare matters did not make census questions unconstitutional on the basis of invasion of person’s right to privacy.

This is probably true – but it is completely irrelevant. The fundamental issue is not one of privacy, important as that may be, but that of Constitutional authority for the information to be gathered in the first place. 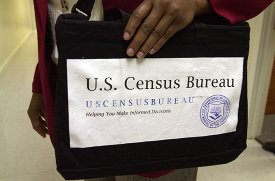 Now the question arises: “What will happen to me if a census taker knocks on my door, I ask him to show me his constitutional authority; and when he can’t, I tell him how many people live in my home and close the door?” In the old § 221, there was a provision for, in addition to the fine, up to 60 days imprisonment; but that has been repealed. If the Census Bureau were to try to actually fine you – and we know of no one this has actually happened to in several decades of census-taking – then you have the right to have the case heard in court. You can challenge the fine on the basis of the 10th Amendment and be on solid legal ground.

Some people may wonder why they should risk a fine and resist answering the questions.

First, we should resist the encroaching onslaught of socialism. Socialistic societies require their governments to keep detailed information on the populace; it is one of the earmarks of total government. In such a society, government micro-manages and macro-manages every facet of life and this cannot be done without voluminous amounts of private information. Socialist governments, in fulfilling their purpose of wealth redistribution (i.e., plunder), need to determine who to discriminate against and who to favor, hence the need for such information-gathering.

Second, we have a responsibility for the legacy of freedom that we leave our descendants; we are the custodians of their liberty.

Of course, Americans tend to be highly independent thinkers, not lemmings. Many of us take offense at government efforts to socialize and globalize America, and we are willing to peacefully resist the encroachment of our liberties. Accordingly, we demand that our government act in accordance with the very Constitution that created it. If government does not act in compliance with the Constitution, then we have by definition fallen into a state of anarchy and tyranny.[6] The Constitution does not authorize such usurpation.

So, what are you going to do when you receive your form and/or the census taker knocks on your door? Your only lawful obligation is to be counted!

[1]Article I, § 2, Cl. 3: “Representatives and direct taxes shall be apportioned among the several States which may be included within this Union, according to their respective Numbers, which shall be determined by adding to the whole Number of free Persons, including those bound to Service for a Term of Years, and excluding Indians not taxed, three fifths of all other Persons.”

[2] 14th Am. § 2: “Representatives shall be apportioned among the several States according to their respective numbers, counting the whole number of persons in each State, excluding Indians not taxed.”

[3] Article I, § 9, Cl. 4: “No Capitation, or other direct Tax shall be laid, unless in Proportion to the Census or Enumeration herein before directed to be taken.”

[5] Gender was probably a legitimate inquiry by the census takers before womens’ suffrage took effect.

[6] ANARCHY, n. Want of government; a state of society when there is no law or supreme power or when the laws are not efficient, and individuals do what they please with impunity, political confusion. (AmericanDictionary of the English Language, by Noah Webster, 1828)